Story of an Old Clock & A New Clock 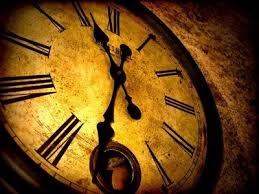 There was a Old Church. It is more than 100 years old. As the old priest is not physically well, the Church committee decided to appoint a new priest.

The young priest took charge of the church. While roaming around the Church building, he thought to do some renovation in the church to make it more attractive.With the help of the church committee, they did many things like bought new carpets, painted the walls, put new sealing etc.

As part of the renovation, the priest thought to change the old clock which is powered by key and making noise with a brand new electronic clock. But the priest decided to keep the New clock beside the old clock for the time being as many old people are so much attached to the old clock.

At the same time the old clock with very difficulty and with the noise of wheels also tried to move along with the new clock.

In the beginning the new clock was very proud and was reluctant to speak to the Old clock. But after some time to burn the boredom, the new clock decided to talk to the old clock.

During the conversation, the new clock asked the old clock
“How long have you been here?” to that the old clock replied that more than 100 years.

To that the new clock replied
“I was calculating the jumps you have competed last 100 years.
You have dome millions of jumps.
I don’t think I would be able to complete that much jumps.
Thinking about all that jumps, I am stressed and cannot move.
I am helpless and cannot jump one second.
While thinking about it I had a heart attack.”

To that the new clock replied.
“It is very easy, I can easily jump one second. It is very very easy.”

The Old clock replied “Do that.”

The new clock happily started to jump one second at a time.

One step at a time will lead you to the destination.